It is the trillion-dollar question. When will the Federal Reserve begin to scale back its quantitative easing programme - also known as tapering? Chair, Jerome Powell says as soon as November, with the process set to complete by the middle of 2022. Will it happen? I think it will, regardless of how the Evergrande story in China evolves.  (Watch our Bloomberg TV interview on the subject matter here).

And how about the direction of interest rates?  According to Powell, just because they are tapering, it does not necessarily mean rates will rise at the same time, a point that Powell was keen to communicate last week. That said, it appears that there is growing support among Fed officials for rates to rise - a process otherwise referred to as lift-off - at some point next year.

Staying on the theme of Washington DC, Treasury Secretary Janet Yellen was calling on many leading Wall Street firms last week to enlist their assistance in her efforts to pressure Republicans to support raising or suspending the debt ceiling. What’s the story? She wants to avert a potential crisis if the US government is no longer able to borrow money to pay its bills. Last week, the US House of Representatives passed a bill that would suspend the debt ceiling for more than 12 months, but the measure will certainly not pass when it goes to the Senate (where at least ten Republicans would need to support it). What happens then?  If the stand-off remains unresolved by the end of the month, it will lead to the closure of many federal operations on 1 October. Our take? We would not want to diminish the risk of a US government shutdown but equally, it does feel like we have been here before and often these things tend to get worked out at the twelfth hour.  Therefore, we are not assigning a high probability to that outcome.

In other economic news, initial jobless claims for the week ending 18 September totalled 351,000, up from 335,000 the previous week. Despite that, the manufacturing and services sectors are still growing, but at the slowest rate for twelve months, according to IHS Markit’s flash US Composite PMI Output Index. The short story? US economic expansion continues, but the strength of the rebound appears to be weakening somewhat.

Rising inflation and energy prices continue to dominate headlines, as they should, due to their wide impact across the economy. What does the Bank of England have to say? They weighed in last week on the subject of inflation and signalled additional concern about its rise, predicting it would likely peak above 4% and stay at this level into the second quarter of next year, but stressed that no immediate action was needed to arrest the rise. Did their actions match their language? Yes. They voted unanimously to hold the main policy rate at the historic low of 0.1% during their September meeting. Any clues on what they are watching? All eyes are on the employment market’s reaction to the ending of the furlough scheme on the backdrop of persistent labour shortages. But we ask, is there perfect transferability between firms looking for workers and those individuals seeking work?  I have doubts…

Sustainability is clearly one of the big global mega-trends and the UK does not want to be left behind. The good news is that the UK’s inaugural “green gilt” sale was met with record demand last week. Investors were ‘chomping at the bit’ to subscribe for the new 12-year bond, placing more than £100 billion of orders. How much was raised? Nearly £10 billion, making it the largest sovereign green bond on record. The funds raised by the bonds will be allocated to projects including flood defences, renewable energy, or carbon capture and storage, in line with the green financing framework published by the government in July.  What were the terms? The paper yields 0.87% and matures in July 2033.

According to the OECD, European inflation will continue to rise over the next 24 months making for “a very difficult balancing act” for policymakers. This is further complicated by the recent surge in costs of gas and electricity prices on the continent which prompted EU energy ministers last week to prepare billions of euros worth of emergency aid for struggling households. What will be the magnitude of the impact? According to Morgan Stanley, higher European energy prices will add about 0.2 to 0.3 percentage points to eurozone inflation in the final three months of this year, which will not be welcome. This on the heels of supply chain shortages all makes for an increasingly complex business environment.

In the German elections, the centre-left Social Democrats are claiming victory and calling for a new coalition between the Greens and the liberals. Lengthy coalition talks are now beginning, but political change in Europe’s powerhouse could signal significant change.

The Bank of Japan (BoJ) last week offered a less optimistic view on exports and output as Asian factory shutdowns caused supply problems. The monetary authority remained confident however that robust global growth will keep the economic recovery on track. They also brushed aside concerns over contagion spreading over the Evergrande story. Finally, the BoJ offered details on its green finance scheme which will begin dispersing loans as early as December.

China is cracking down on crypto in a big way. All activities related to digital coins are now deemed “illegal”. What were the latest actions adopted by the government? A declaration that it was against the law for overseas exchanges to provide online services to residents in China. Bitcoin plunged sharply on the news, falling around 8%.

No one said going green was going to be easy…  In China, nearly half its 23 provinces missed energy intensity targets set by Beijing and are now under pressure to curb power use. Who were the big offenders? Jiangsu, Zhejiang and Guangdong - a trio of industrial centres that account for nearly a third of the Chinese economy. Why are analysts concerned? There is a risk that global markets will fall victim to additional supply shortages, ranging from parts to clothing to consumer goods. This in addition to the challenges facing the shipping market (containers in the wrong places and rates rising) could make Christmas shopping extremely challenging.

On Evergrande, China’s central bank continued to pump liquidity into the financial system on Friday as policy makers sought to avoid contagion.  What is the number? The People’s Bank of China injected a net 460 billion yuan ($71 billion) of short-term cash into the banking system in the past five working days, which has helped to calm markets.  Interest rates remain unchanged. 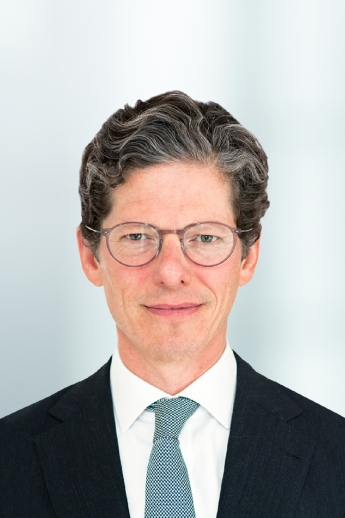