The UK property market has displayed resilience and outperformed expectations in many areas in 2020. Certain sectors can also look forward to a promising 2021.

Having started off strongly at the start of 2020, the market took a sharp dip in investment transactions as the country went into lockdown due to the global pandemic.  However, since then, the market started to recover and indeed some sectors have shown remarkable resilience or strengthened. Now at the start of 2021, the market in general seems relatively robust with a positive outlook for the year ahead especially in light of new vaccines to combat Covid-19 and taking first steps into life after Brexit.

Savills reported that during September and October last year, circa 48% of all investment purchases were from International buyers which is surprising given the travel restrictions but shows how resilient the UK commercial property investment market is.

Prime yields for the best performing sectors have been resilient due to several factors. For the Industrials and Food Store sectors this is primarily due to a lack of supply alongside greater investor demand for these assets.

The Industrial and Logistics sector was very strong pre-pandemic and continued to strengthen as the demand for storage space and logistical networks increased. Online retailing reached new heights over the year which in turn requires warehouse storage and delivery infrastructure. Business future-proofing requires an element of stock retention, increasing the need for warehouse space, whether it is for medical supplies, food stocks or any other commodity suppliers. Again, a lack of industrial supply in the market has sharpened yields and consequently increased prices.

The nation’s increasing usage of all sorts of online services, whether the weekly food shop, working from home requiring robust broadband to cope with video conferencing, or streaming Netflix (other providers are available) in lieu of not being able to go out for cocktails, has increased the need for Cloud service providers, which in reality means a data centre i.e. a large warehouses. This data appetite is likely to accelerate and become the norm which means a greater demand for data centres as an investment asset class, which is already being seen in the market with over $26bn traded over the last year, according to Knight Frank. In 2019 more capital was spent on data centres than in office investments, giving an indication of the popularity of this relatively new asset class. The final figures for 2020 are expected to be even higher.

In the Office market, London offices have continued to perform strongly due to relatively weak Sterling. London continues to be seen as a safe haven and one of world’s strongest financial and technological hubs, and a relative shortage of prime grade A offices available on the market has contributed to this performance.

Demand for Office Parks from investors is also rising levels due to increased investment in the technology and life science companies, predominantly driven by large volumes of global investment in medical research. It is likely that the world will continue to see new viruses develop and therefore the need for greater medical advances alongside technological assisted delivery will be ever greater. The UK has an excellent reputation in both fields and associated research companies are mainly based in either central London or in regional office parks such as in Cambridge.

Overall, it may be seen (for the property investment market at least) as a relatively positive year all things considered… 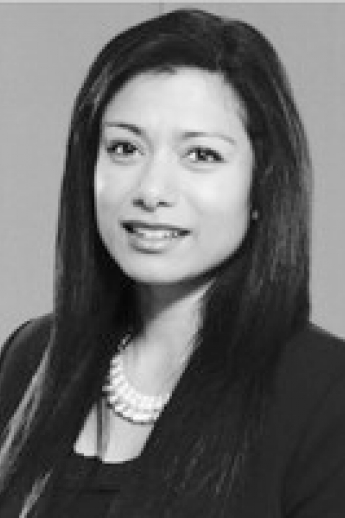 Anusha Peries is a Real Estate Advisor at Arbuthnot Latham. She has MRICS accreditation and has more than 17 years of real estate advisory experience.